"They had big white heads." 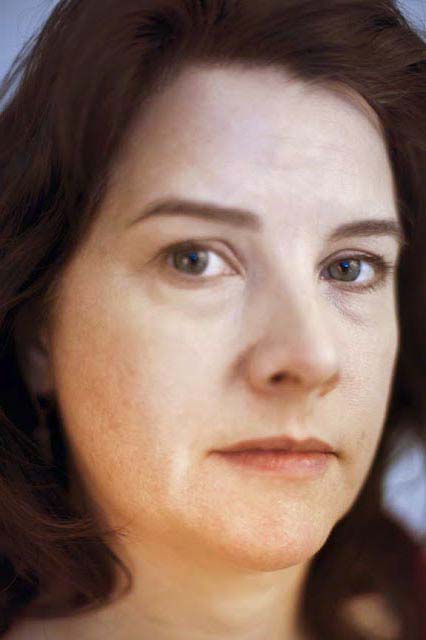 I had a sighting with my boyfriend. We were walking the dog and the dog was barking at this squirrel that had run up a tree and we were looking up. We were looking at the squirrel. This was in Silver Lake section of Los Angeles. And we saw this thing in the air that was black and it wasn't moving. It was a bright blue sky day and I remember looking at him and saying, "It's a UFO". 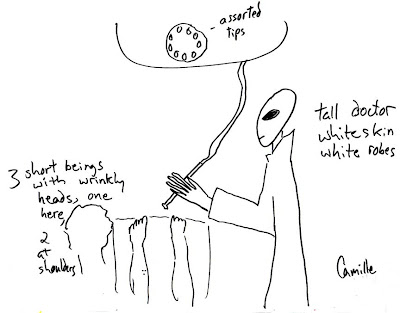 A blue light had come through my ceiling. It was this very particular turquoisey kind of blue. And it was very solid like a column with like a bottom but it didn't flare out, it was like a solid beam. And it came into my room and when it touched me I was frozen and I curled into a ball and I went through the ceiling. And the next thing I know I'm in this white misty room on a table. I saw this row of beings to my left that were tall. They had white robes on with high collars. They had some kind of emblem here. I wanna say it was like a triangle inside a circle. They had big white heads and big black wrap around eyes. They all looked the same. I was terrified.