"It was a small spaceship." 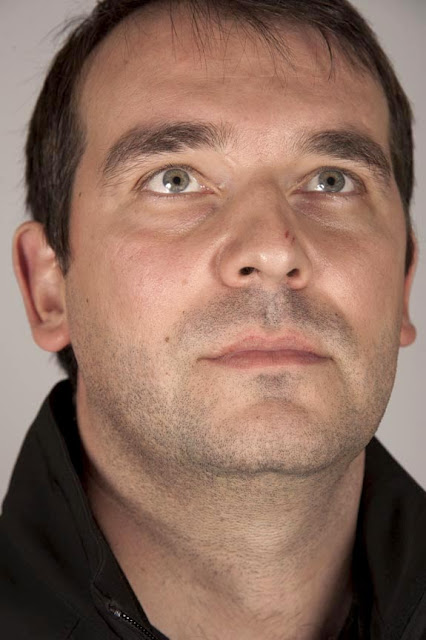 All my life I've had visions which I could never control. I was originally abducted when I was sixteen years old. I was lifted up in the air. There was no gravity. I was lifted straight up and eventually I basically turned this way on my back and getting into a spaceship. It was a small spaceship, round. It was basically like a vertical opening. Rectangular shape. I didn't see any doors and as I was basically brought into the spacecraft, I saw about seven tall Grey aliens with small mouths and big eyes, black. I was in that position and I wasn't really feeling any fear. I wasn't scared. I was seeing 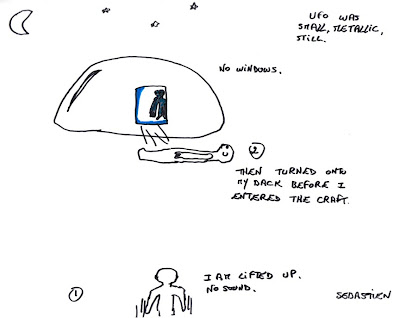 like a lightbulb emanating, like blue light on the left hand side. I didn't see any surgical instruments. I was fully clothed throughout what I can remember. And while laying down I could see these tall Grey aliens on my righthand side talking to each other. To me it was pretty clear that they were communicating in our language between themselves not ignoring me completely while laying there. It was more of a gargling sound, it was very hard to describe. 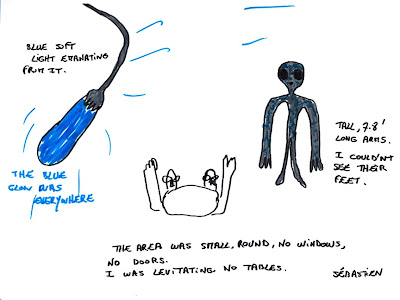